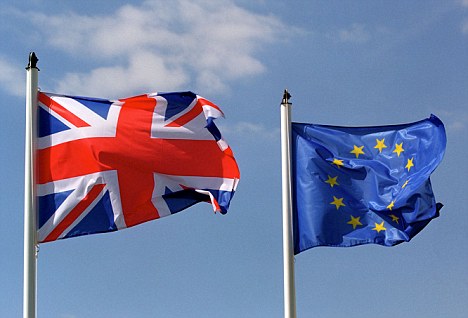 Frans Timmermans, a Dutch politician, will be the point of contact between the UK and the EU’s renegotiation talks. Fair enough.

What’s interesting is Mr Timmermans is quoted as saying; “The era of ever closer union was now behind us.” Additionally, he is cited several more times as saying, to various degrees, that if, “Ever closer union meant more central control from Brussels at the expense of national sovereignty, then that time has come and gone.”

What’s strange is that no one on earth has ever heard rhetoric from a professional EU politician like that. It makes no sense. But, there is more. He subsequently says, “Frankly, after all these years of crisis since 2008, it’s time to finally implement the Lisbon treaty in all its aspects.”

I understand it’s onerous, whether in the US or the EU, for a bureaucrat to actually read the thousands of pages of regulations, articles, provisions, etc. he or she actually passes into law, but you don’t have to peruse too far into the Lisbon treaty to understand its fundamental principles.

RESOLVED: to mark a new stage in the process of European integration undertaken with the establishment of the European Communities

RESOLVED: to achieve the strengthening and the convergence of their economies and to establish an economic and monetary Union

RESOLVED: to implement a common foreign and security policy including the progressive framing of a common defense policy, which might lead to a common defense in accordance with the provisions of Article 42

RESOLVED: to continue the process of creating an ever-closer Union

Essentially, these renegotiations are the intergovernmental equivalent of a political show trial.

Let’s not forget William Blackstone’s Commentaries and the notion of self-rule and parliamentary sovereignty. What could be more important than that?